Among competing hypotheses, the one with the fewest assumptions should be selected. Other, more complicated solutions may ultimately prove correct, but — in the absence of certainty — the fewer assumptions made, the better. 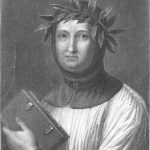 In other words, when you hear hoof beats, think Horses, not Zebras – unless you are in Africa.A few of these suggestions require amending the Constitution, but every one passes Ockham’s classic simplicity test.

Choosing any one of them and focusing on it until it’s done could provide the ‘kick start’ that we need to get back on the road to American exceptionalism.

One bit of feedback that I don’t want to hear is “yeah, that’ll never happen!” As long as a majority of The People think nothing can be done, nothing will be.

If you believe that none of these ideas could happen because, “that’s not how the system works,” then you may be a big part of the problem. The system should serve We the People, not the other way around.

Egg’s Rule #E27: “Replace, Repair or Remove any system or process not serving the end-users.”

Nothing here is new or revolutionary, but does beg the question, “Why can’t we do this?”

I’ll start out with something so obvious that we don’t even have to pass it to see what’s in it.

This should be the end of this issue, the solution is too simple.

If there was ever a policy rewarding high wage earners, the SSI cap is a good example.

If not, at least raise the cap to a Million Dollars.

This could fund Social Security and Medicare well into the future.
(Assuming the government doesn’t steal the money to waste elsewhere.)

Wasn’t that easy?
Now for some hard stuff.

Imagine a piece of legislation designed to help disabled veterans.
Now imagine that at the last minute, someone attaches an addendum that
dramatically cuts special education.

Unrelated addenda and amendments put everyone who votes on an otherwise good piece of legislation into an “Answer Yes or No: Have you stopped beating your wife?” situation.

If congress critter votes YES, help the vets, they get slammed as being anti-education and anti-disability benefits..

On the other hand, if they don’t want to cut special education and vote NO, the headlines will say they are anti-veteran.

If an addendum has nothing to do with the original stated purpose of a bill, it should not be attached.

If the proposed addendum, attachment or amendment is so weak that it can’t stand as a separate bill on its own, then it probably shouldn’t be law anyway.

Along those same lines, I world propose that any legislation over 100 pages be returned to committee for simplification prior to any other action.

All major legislation must be summarized, in writing, by all parties, and those summaries (along with the entire text of the bill) made available for public comment at least 30 days prior to any vote.

The results of every House and Senate vote should be published on-line, with one addition. Every representative who voted, regardless of how they did so, must post a short summary of the reason they voted the way they did.

I would also add a “Two for One” Policy to this item.

If a person works for a widget factory, their ‘worth’ is usually related to the quantity of widgets that they make.

Just because the job of Congress is to make laws, however, doesn’t mean that more is better.

For any new regulation enacted, or law passed, at least two other laws and/or regulations should be repealed.

What if members of the graduating class of every law school had this assignment? Identify two vague, unconstitutional, counterproductive, contradictory, useless, unenforceable or otherwise unwanted or unneeded federal laws or regulations. Include a detailed justification with citations and a ‘plain language’ summary of each..

These findings would go to a committee charged with and empowered to either repeal the offending item(s) or concisely explain why it could not be done. The committee would make regular progress reports and have 120 days to complete their task and make the results available on The Internet.

Those People Are Your Employees!

The documents upon which our Republic was founded, especially The Federalist Papers and related correspondence, clearly explain the intent of our founders.

The concept of a career politician’s accumulation of massive wealth and political power was certainly not their intent. The idea was to bring a “representative” of their constituents into government to communicate the wishes of that constituency.

Eventually these representatives would go back to their jobs, communities, farms and lives as ‘ordinary’ citizens.

One reason that congressional working sessions are so short and the recesses so long, is that it takes a long time to get from the Capitol to the more remote states by Horse and Wagon — At least it did.

Today, travel time is measured in hours, and the risk of being eaten by a Bear or killed by an Indian reduced to near zero.

On the converse side, the job has become so complex that by the time you find out where all of the restrooms are you have to start thinking about re-election.

When government is simple, we also simplify the task of our representatives, and thereby helping them better serve us. (We the People)

Regardless of how terms and term limits are set, the usual objection is “what if we really like our guy/gal and they’re doing a great job?”

There are some obvious details and numbers to work out, but there is a simple way to address this issue. If your constituents really like you, all you have to do is capture your primary/caucuses by [amount to be decided] and/or or win national vote by [amount to be decided] and you are good to go for another set of terms, however many that may be.

Limiting the Senate to three or four, six-year terms gives them eighteen to twenty-four years to build their empires. This should be more than enough.

Similarly, a limitation of five, four-year terms for Congress translates to a twenty-year career. Increasing their term from two to four years also helps solve the steepening learning curve problem.

It would also seem to make sense to stagger, timing of state elections to essentially eliminate the “Mid Term” phenomenon. Somewhere in the country, someone would always be up for re-election or
replacement.

Our current “rulers” have managed to vote themselves full salary and royal level benefits for life.

At the end of their terms they should have their IRA, 401k and Social Security, just like the rest of us. They are, after all, supposed to be us.

The relative cost of office perks to the taxpayer is not very significant compared to the overall cost of government. The symbolism of lifetime perks and benefits, however, further isolates those who
represent the people, from those they serve. (us)

Closely related to the above, this should be a no-brainer.

The people we choose to craft our laws, rules and regulations must be subject to those same laws, without exception. We will still have to watch them like Hawks, lest they ‘slip things through.’ More on that later.

Whether in the form of a National Sales Tax (NST) or a Flat-Rate Income Tax (FRIT), the current tax code has got to go.

Personal tax returns, if any, should be no more complex than a post card.

In the case of a national sales tax, low-income persons and those in need of assistance would receive a sales tax exemption.

See More at: Is a Flat or Fair Tax Possible, or Even Realistic?

Regardless of who wins or loses the big tort claims, the lawyers on both sides win.

The losing side’s attorneys will do everything in their power to charge as much billable time and expenses as possible.

It is to the advantage of the successful attorney to make the recovery (and therefore their fees) as large as possible, even excessively so.

By putting a cap on the percentage of awarded punitive damages that can be received by the lawyers involved, the [primary] motivation for excessive awards would be reduced.

See: Lawyers – The Other “L” Word For additional commentary and details on how this could work, but probably won’t happen..

Congress was intended to be the citizen oversight and advocacy branch of the government, but has proven itself to be either unwilling, or unable to conduct the business of the people in an efficient, ethical and constitutional manner.

The media has largely abandoned its job of keeping our government honest and in check, and is therefore complicit in the crimes and unconstitutional actions at all levels of government.

We the People seem to be the ones who let the Foxes guard the Hen house, and it’s time We the People took care of our chickens ourselves.

CSPAN was a good idea, but we really don’t want to watch the sausage being made, we want control over the recipe book.

As much as I would despise any new agencies or departments, I’d have to ask for a couple, one of which would be an Independent Department of Government Accountability. More on this later.

9) Disarm Agencies and Departments that are Not Law Enforcement

If the BLM, IRS, DOE or other three-letter agency is not directly chartered as law enforcement, disarm them wherever possible.

If the BLM or IRS has a warrant to serve, that warrant should be served by state and/or local law enforcement, not a pseudo-military federal assault force.

Any conversation about immigration, legal or otherwise, is useless until we are in a position to enforce whatever plans we attempt to implement.

If done for no other reason than national security, it just makes sense.

Once that’s done, we can start a dialogue about what to do with the 14+ Million already here illegally, but only then.