↓
Home→Archive→Senator Fred Harris’ Campaign – The Story Behind the Photo

Back in the day, (1976) when campaign finances could never approach One Billion dollars, Senator Fred Harris (and a few other candidates) endeavored to run their campaigns on the figurative shoestring. Like Sen. Harris, however, these innovative cheapskate’s campaigns were also exceedingly brief. 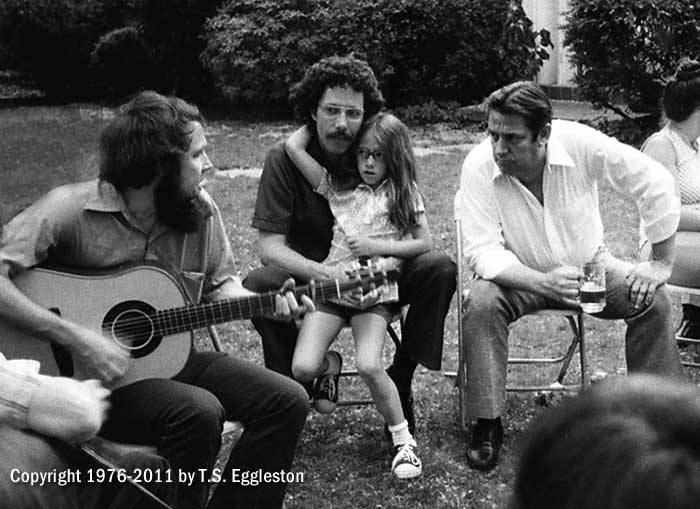 In addition to back yard Bar-B-Que’s, impromptu lawn parties and other very informal events, staged to raise money, Senator Harris had an unusually creative plan to save money on the campaign trail.

If an individual provided room and board to the Senator and/or his staff while they were on the road in their RV, they would be rewarded with an invitation to spend a night in the White House when he was elected. This was not only frugal, but exceedingly optimistic.

Senator Harris was considered a bit of a rebel/loose cannon by his own Democratic party. His occasional push for smaller government, including a wish to abolish the Interstate Commerce Commission, were not popular within the party. He also worked across party lines with President Nixon and spearheaded a successful, bipartisan effort to return ownership of the Carlson National Forest to the original owners, the native people of the Taos Pueblo.

Senator Harris’ willingness to work across party lines impressed even President Nixon, who commented that he couldn’t believe that he was signing a bill sponsored by Harris.

I had the pleasure of spending some quality time with Fred, and can testify that he’s about as close as we could have come to a Kennedy Democrat, with a possible touch or Reagan.

If then were now, he could have kicked some serious political ‘Ass.’

That’s my opinion, and you’re welcome to it.