As We Ask of the Least Of You – We Should Also Ask of Ourselves.

Professional athletes, Olympians, and college athletes and almost all civil servants are required to take, and pass any number of random drug tests.

This is done for two primary reasons. 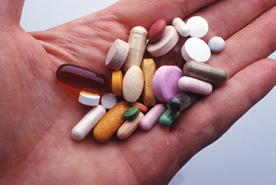 As a condition of employment, almost everyone, from the guys who pick up the trash and deliver the mail, to the folks who read meters and repair the highways must agree to random drug and Alcohol testing. A number of my jobs, and consulting contracts required a full drug screening and an agreement to random testing.

Why don’t “We The People,” the employers of every person in government, require the same of those with whom we entrust our lives, liberties and our very existence as a nation, as they require of those who bring us our mail or carry off our trash?

I admit, that I have no concrete reason to believe, other than their stupid, childish behavior, ( no offense to children intended ) that a significant substance abuse problem exists at the top levels of government.

“They” believe that a substance abuse problem exists in the lower echelons of civil servants. If there is a statistical disparity, however, I have to consider the possibility that it exists because the lower ranks are tested, and the upper ranks are not.

Therefore — I’d like to challenge every elected representative and senior public official not subject to substance abuse testing to show “We The People,” their employers, that they are at least as clean and sober as the security guards in their lobby, and the people who clean their offices.

I’m not suggesting invading anyone’s privacy or release of confidential medical information, a simple “Pass/Fail” would be all that would be made public.

As the powers that be frequently remind us, if you have nothing to hide, what’s the problem?

Can anyone please give me a legitimate reason why “We The People” can’t require the same of our employees that they demand of us?
And that’s today’s view from Egg Manor,

As always, comments are encouraged.