Voter ID must be addressed.

NOTE: The Justice Department and the United Nations have joined the NAACP in this disgusting exercise. 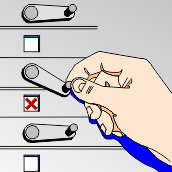 According to the NAACP and the Atty. General of the United States, requiring valid identification as a condition for voting discriminates against the poor and minorities.

Excuse me? How dare you assume that just because a person is poor, or a minority that they are too lazy, slow, stupid, unmotivated or otherwise unable or unqualified to obtain free, state issued identification?

I’m not a minority. (for the moment) If I were though, I would be not merely indignant, but outright insulted by this stereotype.

I was a victim of voter fraud. When I checked in at the polling place during a past election I was told that I had already voted. They even showed me where my name had been crossed off of their list.

At least the poll workers were sympathetic when they told me there was little, if anything that they or I could do. I have no idea who voted using my name, or how they voted.

It seems that little more than the memory of already overtaxed poll workers prevents an unregistered person from voting a dozen or more times using as many names and addresses.

Current voting machine and ballot security (such as it is) is rendered null and void if the person using the machine or completing the ballot is not properly vetted. It’s like putting ATMs on the honor system.

Requiring positive ID is no more discriminatory than requiring that people actually travel to the polling place to vote. We don’t accuse minorities of being unable to take a bus, understand a ballot or of being too ‘challenged’ to register, that would be stereotypical, demeaning, bigoted and insulting.

You need an ID to be seen by a doctor, get on a plane, cross the border,(unless you’re coming in from the South) deal with a bank, buy a train ticket, beer, cough syrup and in some states, even cigarette lighters or spray paint.

Why does the NAACP (et. al.) think that getting a free ID is a challenge beyond the abilities of the poor and minorities? Do they believe that minorities are, by nature, functionally challenged?

This sounds like an agenda of bigotry to me.

It’s not about discrimination, it’s about preventing election fraud and that’s just common sense.
That’s my opinion, and you are welcome to it!