↓
Home→Commentary→The Crystal Tower at the Embassy of Iran

Among my regular ‘beats’ in the 70’s and 80’s were many of the receptions, parties and celebrations at various embassies and chanceries around Massachusetts Avenue. Several ambassadors had reputations for holding ‘first-class blasts.’ The hands down winner for the best Washington parties ever, however, would have to have been Ardeshir Zahedi, ambassador to the United States from Iran. 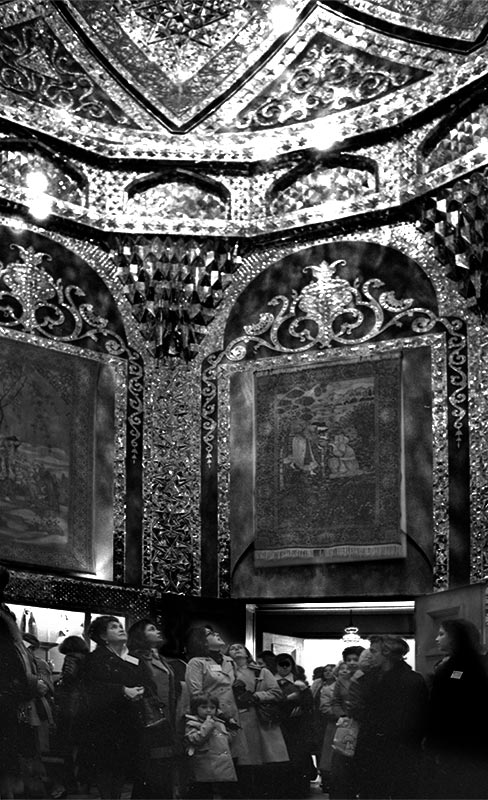 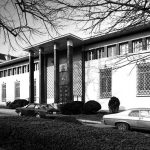 The embassy of Iran in D.C. provided an ideal venue for his lavish, well-catered and carefully orchestrated events.

Far from what one might expect from a high profile Muslim diplomat, the liquor flowed like a river, and smoked, bacon wrapped hors d’oeuvres took their place among other occasional pork products at the banquet table.

Among the ‘secrets’ not generally known, or at least not publicized, were the ‘alleged’ after-hours activity in the “Crystal Tower.” 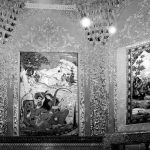 Perhaps 30 feet in diameter, and twice that high, this circular room in the embassy was lined from the floor to the domed ceiling with hand cut, faceted, lead crystal glass and mirrors. The only relief for the eye were the beautifully detailed tapestries framed by crystal borders on the walls.

When not being used for public events, a four-foot high hookah stood prominently in the center of the circle. The perimeter was furnished with large, plush seating pillows.

I never saw Zahedi or other senior diplomatic staff making use of the ‘facility.’ In fact, there was probably a plausible deniability issue involved.

The ambassador would often invite friends, associates, the catering staff and a few ‘trusted’ members of the media (including myself) to stay, munch on the leftovers and ‘entertain ourselves’ for a while after the formal event. He would then retire and leave us to our own devices.

Not surprisingly, the crystal tower with its plush lounging pillows was the ‘hangout’ of choice. The teacup sized bowl on the hookah ‘somehow’ seemed to remain filled with the latest herbal offerings from the diplomatic pouch, and it was definitely not Turkish tobacco.

That, however, was another time and another reality.

Back when Iran was our friend, and before the Muslim attempted takeover of the world, Zahedi and two other ambassadors from Muslim nations were able to talk hostage takers into surrendering and releasing 149 hostages during the 1978 Hanafi Muslim Siege of a federal building in Washington. Nothing like this would happen today.

Though the Shah of Iran was then considered a ‘friend’ to the United States, he was also a rather brutal and authoritarian dictator.
I knew him, and a few of his family members, and yes, he was a pretty evil SOB. He was, however, OUR brutal SOB.

With the best of intentions, and absolutely no consideration for any unexpected or unintended consequences, (such as the destabilization of the Middle East) the United States, primarily the CIA, helped facilitate his overthrow.

The result, of course, was the delightfully friendly, humane and moderate regemes of the ever so lovely Ayatollah Kohmeni and his successors.

“Those who fail to learn from history are destined to repeat it.”

Children – Can We Say Muslim Brotherhood?