“Philosophy is written in this grand book – I mean universe – which stands continuously open to our gaze, but which cannot be understood unless one first learns to comprehend the language in which it is written.

It is written in the language of mathematics, and its characters are triangles, circles and other geometric figures, without which it is humanly impossible to understand a single word of it; without these, one is wandering about in a dark labyrinth.” 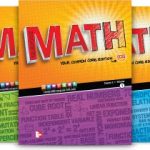 A long time ago, a frustrated child struggled with Arithmetic. He had absolutely no concept of how numbers worked.

The well-meaning (if short on patience) teachers who tried to explain it to him spoke in gibberish phrases like “this cancels that, and carry the Ten to the next place.” They may just have well tried teaching Astrophysics to a Turtle.

Ironically, this math-impaired child’s interests centered around things scientific and technological — all things in which Math is critical.

He dutifully memorized his multiplication tables and could, ‘get by’ with the four basic functions if he had to. But he knew he was faking it and just barely getting by.

This frustration boiled over into other subjects in school, and other critical areas of his life, like friendships and self-esteem.

He saw what he wanted, but hadn’t the vaguest idea how to get it. He had all of the books and see the pictures but he just didn’t know how to decode the words.

He was me, and I was trapped in Galileo’s dark labyrinth.
Enter Mister Bowman

My Aunt Eula ran a boarding house in Fieldale, VA, and Mr. Bowman was one of her boarders. I generally didn’t spend much time with or attention to any of my Aunt’s boarders, (Except for Two: ‘Helen and Rose, — but that’s another story.) but Mr. Bowman and I shared an interest in Numismatics (Coin Collecting).

He also just happened to be a High School Math Teacher, with a degree in Mathematics.

He took immediate notice of my Math handicap when I had problems figuring the ages, prices and percentages involved with stamps and coins..

He sat me down at the kitchen table with a pencil and paper, and in about Eight hours, over two or three days, accomplished something the school had been unable to do for years.

He explained to me, with a logic and clarity that I could understand, the basics of how numbers work.

Around this time my parents began to die. My Father suffered a rapid, tragic decline because of ALS. My Mother followed with Stomach Cancer. and my Mother of Stomach Cancer.

I needed refuge, and I found that refuge in the subjects previously forbidden to me because of my Math handicap. 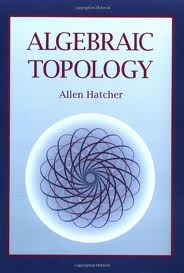 A book about Topology grabbed at the rebel in me with concepts like bottles with no inside, planes with only one side, tesseracts, and other shapes that are larger inside than outside.

It was Chaos Theory, Rebel Math, and Rogue Logic and I was at once fascinated and strangely empowered.

The shape of space made sense and dimensions beyond a mere three or four opened. What would happen if you were in a Tessaract when it collapsed? Could you even get inside a Tesseract? How can Coffee Cups, Soda Straws, and Donuts be topologically the same shapes?

Black holes, warp travel and even time travel (on a particle level at least) turned from fiction, into concepts I could actually grasp.

It was “Doctor Who” realized!

An object (particle) can exist in two places at once.

Changes to one of a ‘pair’ of twin particles will be reflected in the other instantaneously, regardless of the distance between them, be it miles light-years, or parsecs. Not at the speed of light, the presumed limit, but instantaneously or infinite speed. When you add the recent discovery and production of Time Crystals, it’s not hard to see why I’m mesmerized.

Now if I just had Mister Bowman here to help me over a few more of these conceptual humps I might actually be able to grab a vague idea of how that can be.

But I have to go now, Mr. Schrodinger asked me to look in on his Cat.

If you can help a child get excited about Math, you’ll help them explore worlds and dimensions far beyond their own.