Does a Person Need God In Order to Live a Moral Life? 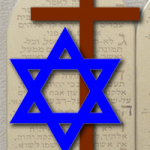 Whenever anyone mentions the obvious fact that the United States of America was founded upon Christian or Judeo-Christian principles, some Bozo (no offense to clowns) always plays the religion and government/church and state cards.

Christian and/or Judeo-Christian principles are easily separated from faith or religion. Here’s how to do it.

“Seven Rules for Living in an Orderly Society.”

The Task: Remove anything “God like” from the Commandments

I. Number One is dismissed as so much holy ego, so out it goes.

II. The not worshiping idols part of Commandment Number Two is a good idea, but for the wrong reasons. That whole “jealous God” and punishing children for the sins of their great-great-grand parents is just plain scary. We’ll toss Number Two too.

III. Three, like Two, is easily interpreted as an overactive spiritual ego, so scratch this one also.

IV. Number Four is also the right thing for hocus-pocus reasons. I believe, however, that nothing was designed to run on a 100% duty cycle, so taking an ‘enforced’ day off now and then helps keep us sane. We can rewrite this one a bit and keep it.

V. Rule number Five is easily a good idea. Respect the wisdom of those who have been around longer, and be good to your parents. It stays with a bit of a re-write.

VI-IX. Six through Nine are almost perfect as they stand. Just a bit of ‘modernization’ needed here.

X. Number Ten could use some clarification about the word “covet.”

to feel inordinate desire for what belongs to another.

The word inordinate is the key adjective here.

With the above edits in mind, The Ten Commandments transform into …

Seven Rules for Living in an Orderly Society

I challenge anyone (trolls excluded) to find a problem with these Seven Rules.

Thanks to my Atheist friend Jason, for his help in removing God from the Ten Commandments.

aka The (Original) Eggman
accept no imitations