↓
Home→Archive→Where is the Peaceful Muslim Outrage?

The silence, and apparent lack of outrage from the “peaceful” Muslim community may not necessarily mean that they approve of, or are not disturbed by the death and violence perpetrated in the name of Allah. They may be justifiably terrified to speak out.

Their silence, however, still speaks volumes.

Curiosity about the ongoing and escalating violence, perpetrated by Radical Militant Muslims (aka Islamic Extremists) gave me reason to get in touch with a few Muslim acquaintances. In addition to renewing a couple of old friendships, I wanted to gain some ‘inside’ insight into what was happening from the so-called ‘moderate’ Muslim viewpoint..

In the past I’ve debated and discussed all the ‘forbidden’ topics with these people, including politics and especially religion.

Reluctance and avoidance sums up my attempt at opening a dialog. Conversations and subjects that in the past might have escalated into lively, occasionally heated, but always enlightening discussions and debates did not happen

I’ve seen similar “look over your shoulder” attitudes in protected witnesses, forced to live in silence, in fear for their lives and their families.

Their fear was not of me, but of the radical wings of their own faith and though we’ve known one another for many years, they no longer trusted me, or at the least appeared to doubt my motives.

Newtons First Law of Emotion dictates that I can no longer trust them either.

Though violent, murderous radicals allegedly represent a fraction of the billion’s of Muslims around the globe, that fraction, however small, is significant.

Assume that only Ten Percent of that population is ready, willing and able to either kill us directly, or help the ones who do. That means that worldwide, twenty-two million (22,000,000) Radical Islamists are actively advocating exterminating the other world faiths.

Taking that same formula to the 2.6 Million (2,600,000) Muslims living in the United States today, and it leads to one frightening statement.

There are most likely at least 260,000 Radical Islamists living among us who want to see the rest of us (infidels) dead, and are willing to actively pursue or take part in our extinction as a faith, culture and nation.

Militant Islamic recruiting and indoctrination efforts, many originating in our prisons are more organized than ever. They are moving more mainstream, spreading to street gangs, college campuses and any segment of society where impressionable and disenfranchised people exist.

Radical Islam is the Elephant in the room, and we must stop ignoring it before we are all crushed.

We (the people of all faiths, or no faith) must open our own channels of person-to-person communications since our government officials and media are too timid, intimidated and afraid to engage. 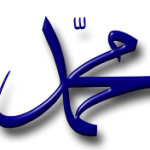 If there are ‘peaceful’ Muslim moderates who are afraid to speak out, “We the People” are obligated to throw the fear of Allah into the radical, militant fringe factions that prevent them from doing so.

The media has little problem speculating on and investigating Scientology, Mormonism, Catholicism or anything else they believe outside of their narrow concept of normal.

Where is the in-depth investigative reporting and documentaries that explore (and expose) Islam?

Today’s liberals say that they hate bigotry in all of its forms.

Why then, do the Obama administration, and liberals in general, tolerate, pacify, and look the other way when Islamic Bigots engage in acts of brutal violence that make the Klan look like a Cub Scout troop by comparison?

Why is trying to eradicate a supposed small fringe of violent radicals now considered racist and off-limits for discussion?

We are not waging war on Muslims, we are raging war on terrorists. If the Muslim community happens to be full of them, that’s coincidental.

Why does the liberal media consider it acceptable for an evil cabal of bigoted racists to torture and kill innocents?

Why do they persecute us when we speak out in our own defense.

If our government and military can’t (or won’t) work to solve the problem, perhaps “We The People” can do it.

I call on ANY Muslim out there who opposes hate and violence perpetrated in the name of Allah to speak out and tell us that you are not an Islamic bigot.

Tell the rest of us that you are outraged by the violence, racism and religious bigotry.

I call on the Imam’s of what Obama calls ‘one of the world’s great religions’ to openly condemn intolerance and bigotry perpetrated in the name of Allah.

People fear what they don’t understand.

I call on YOU to speak out and help us understand you. If you do not speak out, how can you blame others when they lump you in with the maniacal murderous, militant Muslim minority?

There Are No Areas of Grey in This Decision

If you’re not part of the solution, then you are the problem.

If you are Muslim, and do not support bigotry, hatred and violence, then either stand up and speak out, or shut up and get out.

That’s my opinion, but you’re welcome to it.