From the Department of Paranoid Studies and Eventual Outcomes
Originally Published Dec, 2020 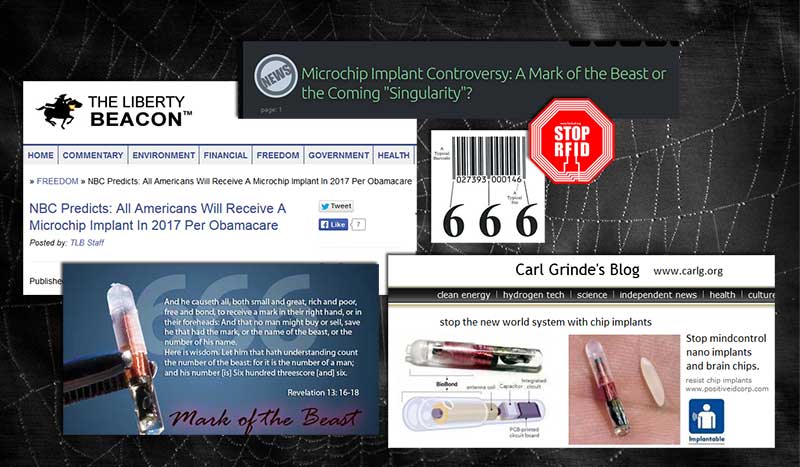 According to a story (rumor) circulating around the Internet, a provision in the health care act could require that everyone eventually receive an RFID Implant.

The good news is, the story is false. It started with a partisan misinterpretation and overly imaginative expansion of one section of the act, regulating some monitored, implantable medical devices like pacemakers and Insulin pumps.

But here’s the sad news.

Human microchip implants will be ubiquitous…

… and the government will not be the source.

We The People will voluntarily, willingly, and even gratefully accept such devices as they become available.

How many people do you know with a cellphone or headset that might as well be permanently attached to their bodies? They walk around the streets and offices blathering on to seemingly invisible people. You recognize them by what you usually say to them – “Are you speaking to me?”

Here’s an idea! How about an ‘always on’ microphone in your bedroom, connected 24/7 to the Internet? Enter Alexa, Siri, Google Home and other voice responsive ‘convenience’ devices. (FWIW: Some geeks in the NSA [are rumored to] call them ‘Adult Baby Monitors.’)

Oh, and don’t forget that “Smart” TV with the microphone and camera that has a clear view of the whole room.

Add to that ‘wearable’ computers, smart watches, fitness monitors and devices like Google Glass™, and the evolutionary path of communications devices becomes sufficiently robust to offer a highly predictable next step. 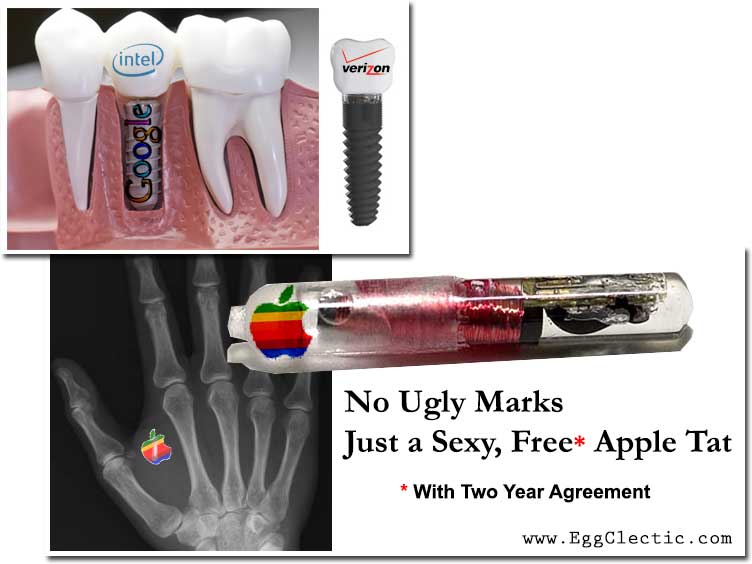 These devices won’t come from the NSA or any other three-letter-agency, but from companies like Verizon, Google, Microsoft, Apple, and Amazon.

Pharmacy employees at Best-Buy and Wal-Mart will be trained to perform the (by then) simple procedure.

The “bleeding edge” people will “pre-order” their implants and then stand in line overnight, in the rain to be the first to get them.

While the idea may seem repugnant to some and just crazy paranoid to others, there are a lot of tech-crazy trail-blazers who think that an ear-bud is too cumbersome, or that if it says ‘Apple’ on it, they have to have it. . These people will be enough to push-start the market to its eventual conclusion.

Imagine — a safe, secure electronic payments, identification and communications device that you couldn’t lose, damage or have stolen. 911 could be just a few simple voice commands away, as could your children. Built-in “Nu-Tooth” would communicate first with an eyepiece, and perhaps eventually, a visual implant.

“Why are you still using that clunky old phone? My patents just bought me The Chip™.”

“Mommy, mommy, why can’t I have The Chip™ like all the other kids?”

Like it or not, and as frightening as it may seem, it’s really a matter of when, not whether.

BTW: There is no need to worry if you can’t afford ‘The Chip™.’

There will be a government (taxpayer) funded subsidy to make sure no one is denied their Constitutional right to ‘The Chip™.’

Of course you will still have to go to The Apple Store every six-months or so to buy the latest “bio-ware upgrade.”

Any sufficiently sophisticated and motivated adversary, spy, agency or government who wants something bad enough won’t think twice about a little “non-elective surgery” or lopping off a few hands.

While a “Bondesque” double-extra super special agent might find some theatrical usefulness for a “Super Secret” access implant, less invasive, and more secure methods of bio-metric access control already exist. The weak link is not just the keys, but those who have them.