The concept of a career politician would have the founders spinning in their graves.
Serving in Congress is an honor, not a career. 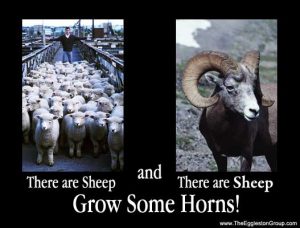 Related Articles: A De-evolution of Leadership

And that’s the view from Egg Manor,
(with a bit of help from and credit to Warren Buffett)