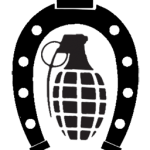 When a writer uses the word “there” when their or they’re was intended, it deals an immediate credibility blow in the mind of the reader, if only subconsciously.

Invest in a dictionary or find a free one on-line to double-check the use and meaning of any word about which you are in doubt, even simple ones.

An Even MORE Recent Example

I recently received some SPAM from a company claiming to be an editorial house. For a lot of money they edit your documents.

Prior to committing your writings to the scrutiny of an unforgiving public eye, run them through a spelling checker.

A typical mistake which is easy to make and hard to catch without a spell checker is:

“We have an unending comnnitment to accuracy in everything we do.”

Depending on the size of the screen font, the letters r, l, n, i, and m, when used consecutively, especially in their lower case, are a mistake waiting to happen.

Take a few extra seconds to proof your own writing before committing it to the finality of the “SUBMIT” button. You will be glad you did, and as a bonus you’ll help disarm the “Grammar Nazis” who would attack you and not discuss your ideas.

In any communication, be it graphic, written or verbal, do it as if …

“You’re Sending a Telegram to a Moron
at a Thousand Dollars a Word!”
(Gene Wales)

Part 2: Close only counts in hand grenades and horseshoes.