↓
Home→Commentary→Shouldn’t an Oath Mean Something?

Proposed Change to the Oath of Office 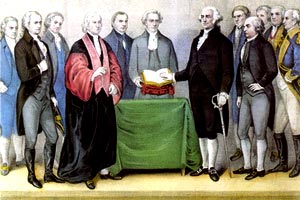 I’ll leave the oaths of office for Civilian Employees and the Military alone for the moment, they seem quite adequate.

I do, however, have a minor change to suggest for the President, Congress, Judges and high-level appointees.

Since one of today’s “hot button” issues is the use of the word “God” in anything even vaguely government related, I have some replacement wording.

Obviously, swearing to “God” means little or nothing to most politicians, so perhaps some words with teeth might work.

“I, [name], do solemnly swear (or affirm) that I will support and defend the Constitution of the United States against all enemies, foreign and domestic; that I will bear true faith and allegiance to the same; that I take this obligation freely, without any mental reservation or purpose of evasion; and that I will well and faithfully discharge the duties of the office on which I am about to enter, under penalty of imprisonment or death.“

Hold the Highest as Accountable as the Lowest 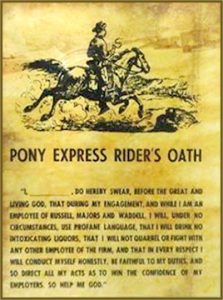 Almost every Civil Service employee or security cleared contractor is subject to random drug testing. The same applies to state level employees and many private sector jobs from the penthouse floor to the person who empties the trash cans.

I wonder what the result of a surprise drug test on Capitol Hill might be.

The powers that be are constantly telling The People that they shouldn’t object if they have nothing to hide, well I propose the same right back at them.If a clerical secretary is subject to random drug testing, why shouldn’t a cabinet secretary be subject to the same?

What good is an oath of honor among dishonorable men? When I was in government service [allegedly], I took the standard oath, and I signed a number of secrecy and non-disclosure agreements. All of these oaths and agreements were, and some still are, enforced by the imposition of serious penalties, up to and including death.

Can we agree that our government leaders should be subject to the same laws, discipline and penalties as The People who elected them and the people working in their agencies?

View the Oaths of Office for Elected Officials, Federal Employees, and Military Here