I’m really tired of hearing gun-grabbers preach about the idyllic, peaceful, civilized and Gun Free, Great Britain. Please don’t tell me to just stop listening, because they seem to be everywhere and they won’t shut up!

Yes – it is true that far fewer die from people using firearms in Great Britain than in the United States, and I do not dispute that fact.

In the United States, however, there are also over a Million defensive uses of a firearm annually, most with no shots being fired. These rarely publicized incidents are a primary reason that the U.S.A. is not in the league of distinction below.

The Top Ten Countries Ranked by Violent Crime per 100,000 Residents 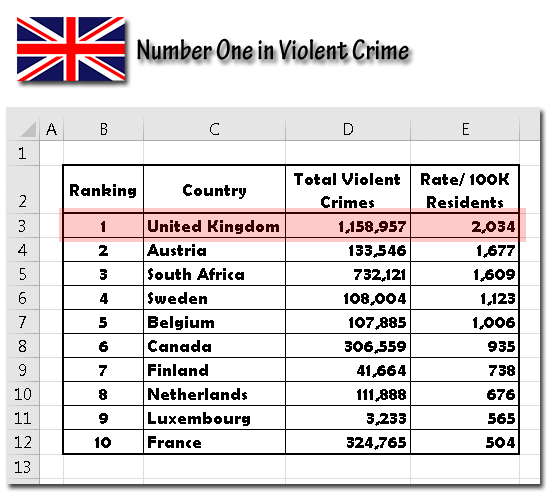 Where is the crime and violence ridden
United States in the chart?

It’s not on the chart, because it’s not in the Top Ten. 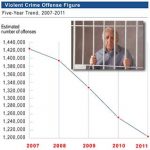 In the United States, rapists, muggers, home-invaders and other violent criminals fear that they might encounter a potential victim who is armed and able to present a ready, or even deadly defense.

Violent Criminals face no such fear when the people are disarmed, and the results can be clearly seen in the chart. Additionally, violent crime in the United States has been steadily dropping over the past 20 years, even as gun ownership has skyrocketed.

Something in the psychology of Australians, however, keeps their Crime Rate below 100 at only 92 Violent Crimes per 100K 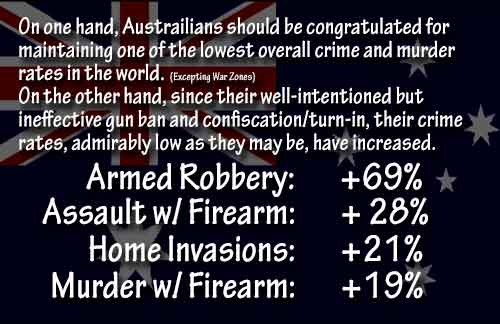